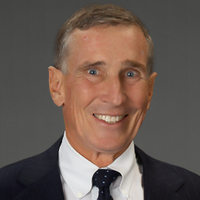 Please take a moment and let us know how your experience was.

Randy F. Rizor, M.D. is a founding partner of The Physicians Spine & Rehabilitation Specialists and practices in our Sandy Springs and Stockbridge offices. He graduated Phi Beta Kappa from Bates College and received his Doctor of Medicine Degree from the University of Toledo School of Medicine in 1976. He completed a residency in Anesthesiology at Dartmouth-Hitchcock Medical Center. Dr. Rizor was certified by the American Board of Anesthesiology in 1981. He received sub-specialty certification in Pain Management from the American Board of Anesthesiology in 1993 and re-certification in 2005.

Dr. Rizor has been named one of Atlanta’s top doctors by Atlanta Magazine and one of the top doctors in the country by US News and World Report. He is a member of the Chairman’s Advisory Council of the Georgia State Board of Workers’ Compensation. He currently serves as President Elect of the Medical Association of Atlanta, as well as with the Board of Directors of the Medical Association of Atlanta.

Dr. Rizor received the Jack A. Raines, MD Humanitarian Award from the Medical Association of Georgia in 2018.