A patient with chronic back pain who has been treated for years with a fentanyl patch is referred to a pain management specialist for opioid tapering. Out of safety concerns, and to facilitate the weaning process the physician switches from fentanyl to an equivalent dose of oral hydrocodone. Shortly thereafter, the patient reports marked increase in pain and withdrawal symptoms and demands to be put back on fentanyl. The physician suspects the patient is not taking the hydrocodone as prescribed. What is really going on?

Many previously unexplained responses to medications are now known to be caused by inherited variations in the proteins in the body that are responsible for drug metabolism. Many therapeutic mishaps including over-dosage, under-dosage, unwanted side effects and dangerous drug to drug interactions can be avoided by the information from a one-time test that analyzes the DNA of a tissue sample obtained from a simple cheek swab.

The test results show genetic variations in seven proteins that are responsible for metabolizing over 80% of all prescribed drugs. These proteins belong to a family of proteins known as Cytochrome P-450  enzymes.  These enzymes regulate chemical reactions that alter molecules of administered drugs once they reach the bloodstream. In some cases these reactions break down and eliminate the drug. In other cases the reactions are necessary for the drug to achieve its desired effect.

In the example above, hydrocodone, although often thought of as a strong opioid, has very little effect of its own. Its effects are achieved when it is acted upon by an enzyme named CYP2D6 that converts it to the highly potent drug, hydromorphone. About 10% of Caucasian people and up to 30% of people in some African ethnic groups have genetic variations in CYP2D6 that reduces its activity, resulting in little or no hydrocodone being converted to its active form.

To make things more interesting, CYP2D6 is also the primary enzyme responsible for breaking down many common antidepressants. Therefore, a  person with low CYP2D6 activity may show little effect from high doses of hydrocodone, but show signs of antidepressant overdose when given a typical dose of Prozac.

A full pharmacogenetic profile analyzes the activity levels of enzymes that regulate the metabolism virtually all opioid and non-opioid pain medications, antidepressants, anti-seizure drugs and anti-inflammatory drugs. This information allows the clinician to predict the patient’s sensitivity to a drug, the probability of side effects, and whether there is a risk of adverse effects arising when certain drugs are used in combination. Making prescribing decisions based an individual’s unique genetic profile eliminates the trial and error approach to prescribing, saving money and improving patient satisfaction and compliance. 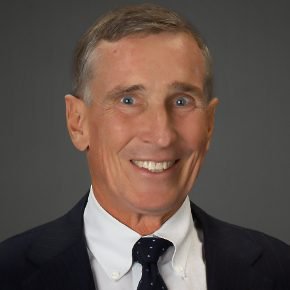 Randy F. Rizor, M.D. is a founding partner and Medical Director of The Physicians and practices in Sandy Springs. He graduated Phi Beta Kappa from Bates College and received his Doctor of Medicine Degree from the University of Toledo School of Medicine in 1976. He completed a residency in Anesthesiology at Dartmouth-Hitchcock Medical Center. Dr. Rizor was certified by the American Board of Anesthesiology in 1981. He received subspecialty certification in Pain Management from the American Board of Anesthesiology in 1993 and recertification in 2005. To learn more or to schedule a patient, please visit us at ThePhysicians.com