“I can’t go on living with this pain!” Gilbert, as we will call him, was a 48 year old man who had been suffering from chronic knee pain for over a decade. He was working in package delivery when he slipped on the bottom step while holding a package. He always felt like that was the moment that changed his life. He had undergone two previous knee surgeries but continued to suffer from daily pain that limited his ability to continue his career in the same line of work.  His treating physician was a surgical specialist who had continued to provide him with pain medications for years. Yet Gilbert continued to be disappointed with the lack of results. One day sensing his frustration the physician mentioned a newer procedure highlighted in a recent medical journal called genicular nerve radiofrequency ablation. Although experiencing disappointment with other treatments, Gilbert remained open to the possibility. His case manager and adjuster understood Gilbert’s struggles and were supportive of his referral to a conservative board certified pain management physician.

I saw Gilbert for a diagnostic genicular nerve block in 2018. He was a former military man whose rough appearance matched his personality.  He fondly recounted tales of his former life when he had scaled walls, jumped out of helicopters and jogged regularly. All of that had ended after his knee injury. I could have never imagined his response to the procedure. Within minutes after the block was completed, he stood, squatted up and down three times and then started jumping a few inches off the ground before tears started pouring down his cheeks.  “No pain! I haven’t been able to do that for over ten years.”  After successful completion of genicular nerve radiofrequency ablation Gilbert began to take his life back. 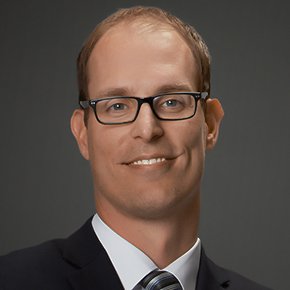 Michael Schurdell, MD, is a board-certified anesthesiologist with subspecialty certification in Pain Management. He received his Bachelor’s Degree in Microbiology from Brigham Young University and his medical degree at University of Texas Medical School at Houston. Dr. Schrudell completed his residency in Anesthesiology at Emory University School of Medicine and subspecialty training fellowship at Wake Forest. He has acquired advanced training in multimodal therapeutic approaches to pain, which include the use of minimally invasive techniques. To learn more or to schedule a patient, please visit us at ThePhysicians.com.